Occasionally, a gamer gets the urge to play something simpler, faster to complete, and I am no exception. Toki Tori by Dutch developer Two Tribes is a game that caught my attention like a year and a half ago, when a Humble Indie Bundle Android sale had it, and I got it and installed it on my girlfriend’s phone. It’s a puzzle game, and quite fun, with a cute and hilarious protagonist (of the same name… I think). Fast forward to this month, when I finally played through it on Steam. I generally enjoy puzzle games, and this one is really good to boot. Of course, one cannot avoid the occasional frustration when you can’t come up with the solution to a level, but it’s inevitable with puzzle games.

Toki Tori was actually originally released on GameBoy Color, albeit late in the handheld’s life, leading to little exposure. The enhanced re-release on PC and the current-generation consoles earned it its fame, and, after its success, a sequel was planned and recently came out (though it’s apparently quite different from the original). The concept of Toki Tori is quite simple – collect all eggs in the level using the tools at your disposal while avoiding the enemies (if any). Some thinking is required to complete the levels – sometimes very little, but sometimes quite a bit. The game manages to keep you entertained as you progress through it.

Screenshots in the review have been taken by me. 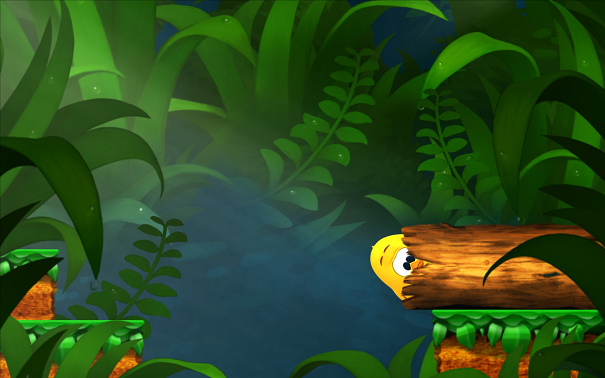 There’s not much to say about Toki Tori’s story… Mostly because there isn’t much of a story. Apparently, the GameBoy Color version had a pretty cool intro explaining how Toki Tori must save his unhatched brothers and sisters. Nothing like that in the PC one, however. Nevertheless, the PC version’s ending is quite interesting and rewarding. Toki Tori’s design makes him quite likeable, but the monsters he encounters are rather bland.

Toki Tori has some “tutorial” levels that just teach you how to use a particular weapon/item that offer practically no challenge. But the rest are usually serious business, especially later in the game. There are four different stages (the Steam version I played even has a bonus one), and great variety in their levels, meaning the game remains fresh while it lasts. I only played through the “Normal” levels, and there are “Hard” and “Bonus” ones for completionists. Seeing as some normal ones were pretty tough and I even had to look up the solution for a couple, I’m not really willing to try the hard ones… 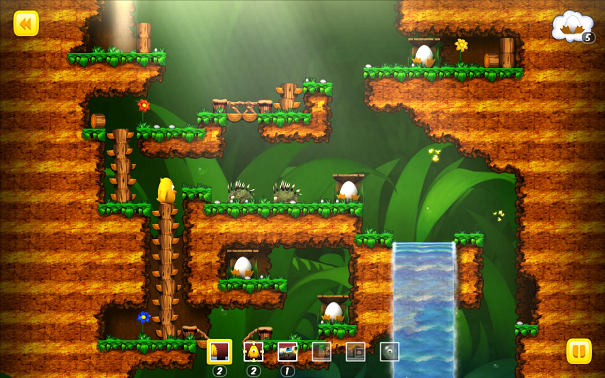 Toki Tori has different tools at his disposal, the thing is there’s only a limited amount of them per level. You have them as the level starts, and usually you need to use them all up to pass a level (although it’s occasionally possible to save one or two, which will also earn you a Steam achievement). Sometimes, you get unlimited uses for an item. Some of the most useful items are the Bridge, which will let you pass over a gap to another section, the Insta-rock where you drop a small rock below you and it grows to a full big square, and the Teleporter, which will let you teleport to a location a couple of squares away. The four stages have some specific tools, for instance, there’s a vacuum cleaner-like Slug Sucker that can get rid of slugs in the sewer stage. Whereas the castle stage has ghosts, which can be defeated with the Ghost Trap item. And the water stage has the extremely useful Bubble Suit, which lets you float in a bubble to an otherwise unreachable place. 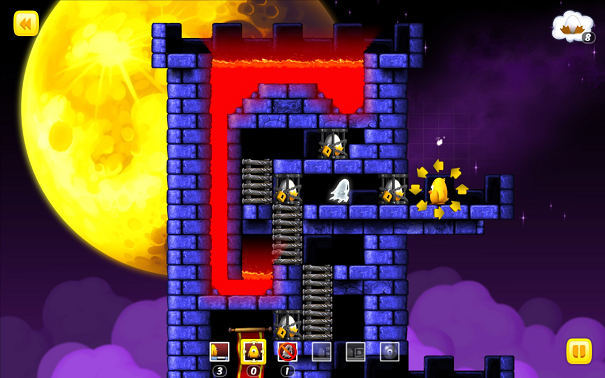 As you may have figured out from my usage of the word “square,” levels are 2D, and a grid of little squares in practice (though their outlines only become visible if you hover with the mouse, helping you determine your path more easily). You can move normally using the keyboard, or by clicking to the location you want to go to with the mouse, after which Toki Tori moves there automatically. Again, the goal is simply to collect all eggs – defeating the monsters is not required. You will often need to use the monsters in one way or another to reach all eggs – for instance, by freezing them to make them into a block you can then walk on to reach an otherwise unreachable spot. 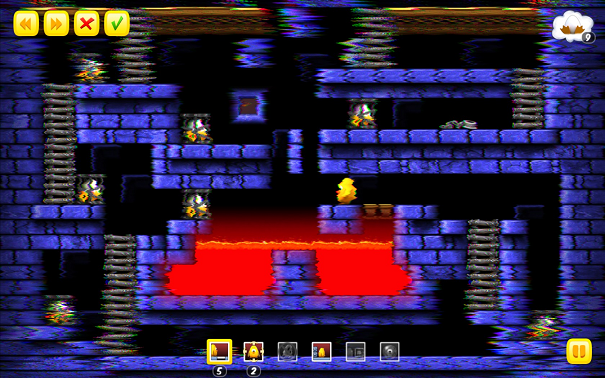 One absolutely vital feature that was apparently not present in the GBC version is rewinding time – if you make a mistake, you can always press Backspace to go back as much as you want and continue from there. This is very important, as it prevents the frustration from, for instance, restarting the whole level because you made a small mistake near its end. You also have a Wildcard item which you can use to simply skip a level. But there’s just a single Wildcard, and, once you use it, you can’t do so anymore until you actually go and complete the level you used it on in order to get it back. 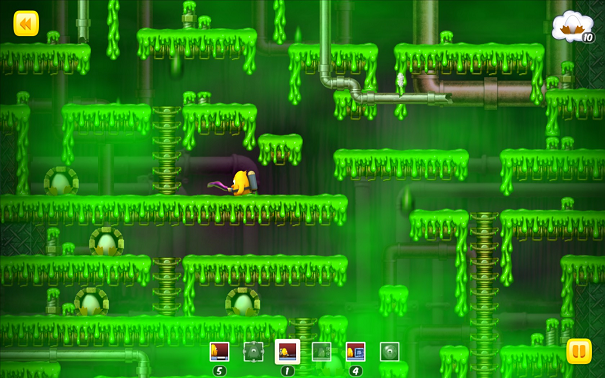 And that’s it. The game is simple to play, and a nice mind jogger, as some of the levels need quite a bit of thinking to be completed. Often, you’ll need to study the patterns of movement of the monsters to succeed. 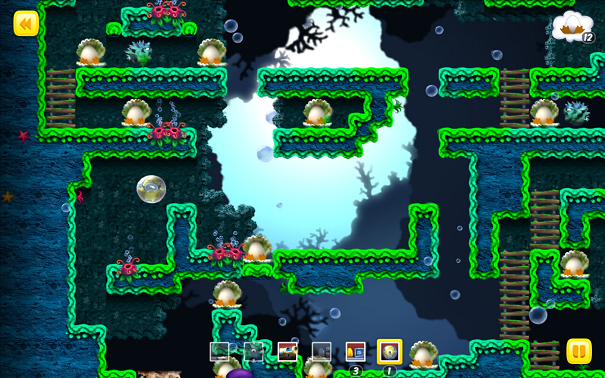 Toki Tori is a lighthearted game, and its visuals and sound are completely in line with that tone. The protagonist is quite cute, monsters are more goofy than scary, even the eggs you need to collect are funny with their legs sticking out. When you’re standing in one place, Toki Tori occasionally does something funny, like looking around through his binoculars. The backgrounds are pretty and fitting the different stages, if repetitive and not particularly detailed. The music is fast-paced and cheerful, quite enjoyable overall. Each stage has its own theme, and most of them are unexpectedly good. My favourite, and, respectively, the one I’ve chosen to feature in this review, is the Creepy Castle theme.

Overall, Toki Tori is just a very well-made puzzle game. There’s quite some thought put into the levels, the more difficult ones in Normal mode require a good deal of thinking to be solved, and I can only imagine the amount of challenge in the ones in Hard mode. Toki Tori is a cute and hilarious protagonist, the overall style of the game is just cheerful, with a nice soundtrack to boot. If you enjoy puzzle games, Toki Tori is well worth a playthrough, not to mention it currently costs under a dollar/Euro on Steam. They went for a different style in Toki Tori 2, and I’m yet to see what exactly the sequel is like, but I know the first game is not easy to top.