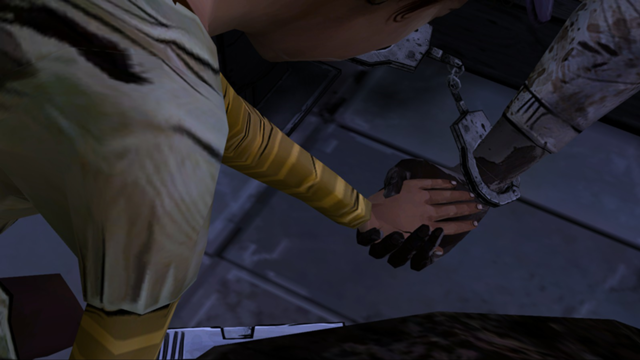 One thing that really bugs me about the way people view games (and not even just outsiders, many insiders hold this view, as well) is that video games can’t tell a good story.

Maybe that’s not quite accurate, a commonly held view is that video games can tell a decent or maybe even “good” story, but nothing that could rival the greatest movies, TV shows, books, or even plays. And that’s bullshit.

In my humble but correct opinion, games have the potential to surpass all these media formats as a story-telling medium, and already have.

Paragon all the way, mercy is more powerful than revenge!

One of the most important things that sets them (games) apart, is Choice. Nothings more frustrating than reading a book or watching a movie, and seeing a character do something that you don’t think they should do, because either you wouldn’t do it yourself or you believe based on what has been shown so far that character wouldn’t make that action.

That’s a problem that can be got around by games, uniquely so. Now this is not to say all games should be decision-based, but an action made by a character is so much more powerful when it’s YOU who chose to do it. You have to live by that choice being made by you, and it makes the feeling of pride or guilt so much more strong.

That’s a big part of why it bothers me so much when important moments are shoved away to cutscenes that you watch. It’s no longer YOU who’s doing this thing, whether it be grand, evil, or just plain mundane. It’s whoever wrote the script doing it for you. It takes you out of the moment, and diminishes games’ advantage over movies.

Again, this isn’t to say all games need to have choice, many of my favorite games and games I think are the most powerful don’t. You don’t need choice to tell a powerful or meaningful story, but it’s one things games can take advantage of that no other medium will be able to match. A sense of power and control over what happens. It’s really priceless to have available, and I firmly believe it will help move storytelling forward.

Seriously though, many games are long, and I mean LOOOOONG. Even relatively linear JRPGs can get up over 100 hours, let alone open-world type games where it can take thousands of hours to experience everything.

Compare this to, say, a movie. It’s rather rare that a movie will be over three hours, and, even if turned into a series, they’ll probably never be as long as many games. Not to mention movie sequels usually have to be designed so that they can be a jump point so they either have to explain things or make the story mostly unrelated to the previous entries. Some do this better than others, but the point is you can’t have one long, unbroken narrative in movies.

Books are a bit hard to judge, some people can read through even the longest books in a day or two, and for some people it’ll take a week. The length is mostly determined by reading speed/comprehension.

I feel the need to stress again, not all games (or any other form of media) need to be long to be powerful. Some things are very short, yet very powerful and well told. Which includes many of my favorite games, movies, anime, books, and so on.

BUT, if and I do stress IF something can maintain really good pacing even though it’s long, it can help the story greatly. When you go through a 100-hour game, you feel like you’ve been on a journey. Like you’ve actually done something. It’s a special kind of feeling, and it makes many tear up (*cough*me*cough*) just beating a long game, not because the ending is sad, but because you have to say goodbye after so long. It’s especially apparent in character-based games, the more time you spend with a character, the more likely you are to feel an attachment. You could play a game and go from the person’s conception to their death, and hit so many more moments than you could in most other media.

So again, while certainly not necessary for a great story, I think length is another area where games can really shine and show the world what they have to offer. 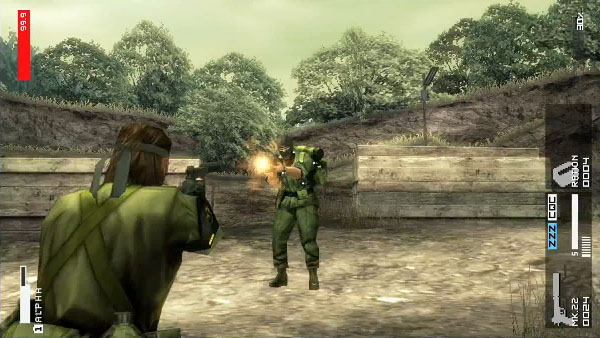 Different than the first one, I swear!

OK, I admit this is somewhat similar to the choice argument. But maybe the most important thing that makes gaming stories worthwhile, is their gameplay.

I know it’s a crazy idea, especially with how many people think games should be JUST for gameplay, but the most powerful stories of all will have both work in tandem. I believe that, in the games with the best gameplay, the gameplay and story aren’t separate, they’re the same thing. One compliments the other.

And the thing is there are SO many ways to experience the story. I can’t even begin to get into all the different genres and the different examples within the same genre that set themselves apart. There’s so much choice, and there’s bound to be something out there for everyone, some way to experience the story that you find pleasing, whether it be closer to a movie-watching experience, or as far away as possible.

I love movies, and books, and TV shows, etc., but only games can let you do something beyond just watching. Only with games can you have fun playing them alone or together while also experiencing an enjoying narrative. Only games can let you have the option of choice (OK, choose your own adventure books notwithstanding and visual novels are closer to games than anything, in my opinion). And, in my fantastic opinion, games can make you connect to characters in a way no other medium can. Hey, look – a beginning, middle, and end. Just like they taught me in grade school!

The point I’m trying to make with all of this is that video games have something to offer that no other media form can match. Games have the potential to tell stories that are so much more meaningful than on any other medium. In my super-duper opinion, the best of games already stand with the best of other media and in many way surpass them. Games are something special and should be treasured for what they are.

As to why so many people don’t seem to think so…. Well, hard to say. Part of it is games still having a huge stigma on them, they’re still the “new” format. Something that hasn’t been around for long can’t possibly match something that has, right? (Wrong!) Also, there are many things game developers are still figuring out, most importantly what games are, when compared to other media, and how to truly marry gameplay and story.

I have no doubt that, in 50 years, games will get the recognition they deserve, as long as we have dedicated communities like this that are passionate about games.

What do you think? Can the gaming greats match other mediums, even when it comes to story? Have they already? What are some examples of it being done the best? Drop a comment!