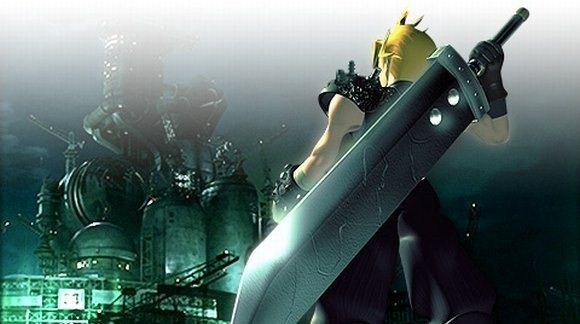 These are all quite interesting. The sprites vs. polygons argument is visible in what Xenogears, the other big Square game developed in the same period, eventually became – visually, the opposite of FFVII – with sprites for the characters and 3D polygonal environments, as opposed to the polygonal characters in pre-rendered 2D environments seen in FFVII. Square obviously wanted to try the different styles and see which came out better. I’d say both were quite impressive in their own way.

That the Super Deformed style outside of battles was chosen on purpose comes to no surprise to me. Many people like to bash FFVII because of the “Lego graphics,” but I always thought they added to the game’s charm and were quite understandable as Square’s first big forray into the world of 3D.

The fact that Sakaguchi came up with Materia and Nomura came up with Limit Breaks shows how these people working on the game were really mutli-talented and how the game development wasn’t just about each team member being assigned a specific role, but it was all a big team effort with everyone participating wherever they were needed at the time. It’s inspiring!

We already knew about some of the character-related revelations (like Tifa being added to the story after Aerith), but I certainly wasn’t aware that Aerith was to be Sephiroth’s sister originally! That idea sounds so exciting, the dynamic of the story would have been quite different that way. It could have turned into an even better story, but they didn’t take that path, so we can only imagine.

Either way… It’s hard to believe it’s already been 15 years since that incredible game was released! Very few since have even come close to, let alone top it. Final Fantasy VII will always remain a must for anyone interested in the RPG genre.