After the next-generation systems were unveiled earlier this year, E3 was highly anticipated like it hadn’t been for many years now. Sony went to the show looking the strongest, what with the PS4 news being quite encouraging, as opposed to the Xbox One’s nasty restrictions and forced requirements on gamers. Nintendo, probably discouraged by the Wii U’s abysmal performance on the market, decided not to do a conference, and just have a more special Nintendo Direct session. Unlike Nintendo, Ubisoft and EA were ready to once again hold full conferences, just like last year. 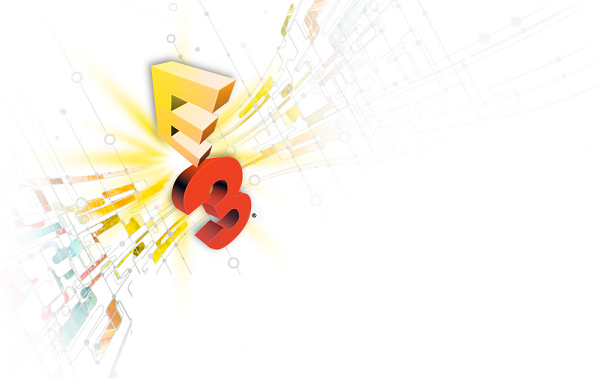 Once again, I’ll give you a quick rundown of the important facts about the four major conferences and Nintendo’s event. The points in bold are the biggest things each company announced, in my opinion. 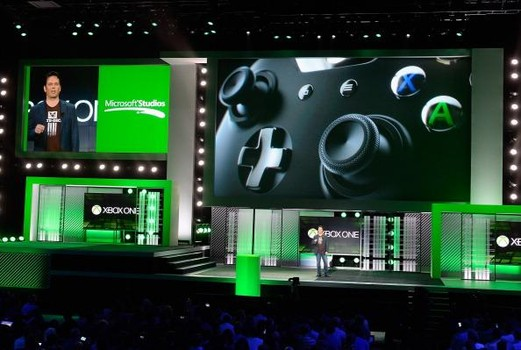 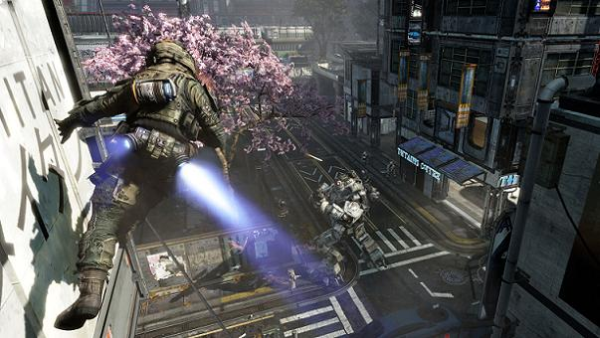 Considering the whole used games controversy, Microsoft had a pretty good conference with lots of good stuff shown. What a better way to kick it off than with the latest installment of the best series in gaming?! Xbox One has got one big multi-platform title secured in Metal Gear Solid V. I was also quite impressed with Quantum Break – a very creative idea (I wouldn’t expect any less of Remedy) and, especially, Titanfall, which seemed magnificent and with great potential.

Unfortunately, there was also too much focus on lame stuff like the SmartGlass. It seems that Microsoft will rely on timed exclusives a lot to gain some ground in the seemingly already lost battle with Sony’s PS4. Because they’ve got little else going for them – cleverly, they didn’t talk about used games and stuff, but they didn’t say anything about any improvements compared to what they initially announced on that front, so the situation stays bad. And man, that price. $500 is too steep for a system with already so much bad press. Apparently, the One is not even launching worldwide, but rather, in just 21 countries – they can’t have the infrastructure required for checking your games every 24 hours set up everywhere or something? Pretty sad. 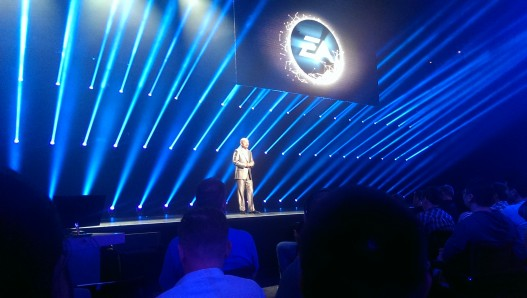 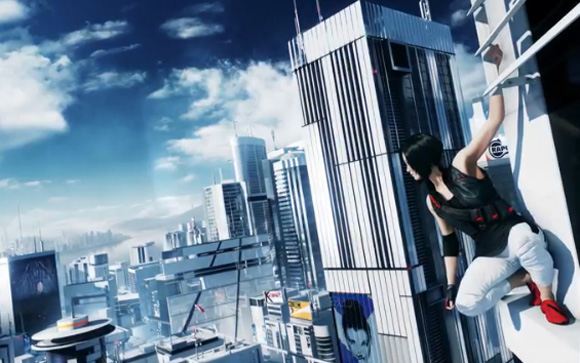 EA had an unspectacular conference until the very end. But Mirror’s Edge 2 is something else! I really liked the first game, it had so much potential, despite being plagued by several imperfections. I hope they live up to the concept’s potential in this sequel/prequel/whatever. And take your time, DICE. I know you’ve got a lot on your plate right now.

Other than that, the Plants vs. Zombies TPS was hilarious. This game could turn out to be great fun. 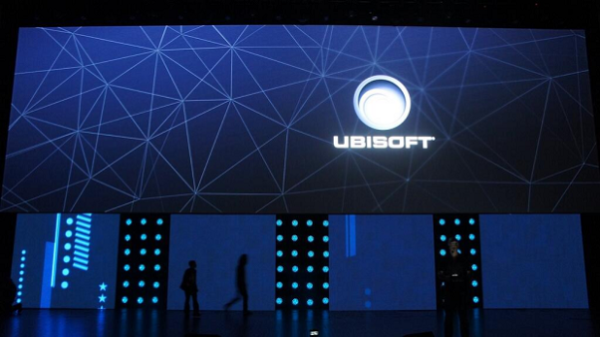 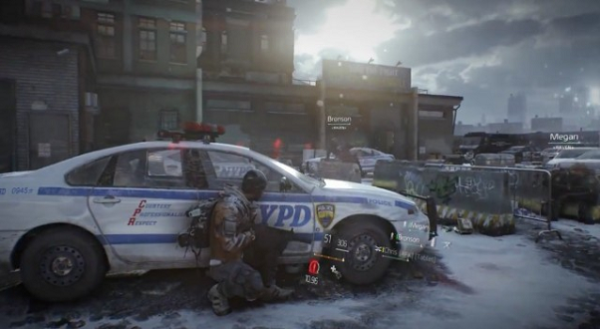 Ubisoft easily outdid the mediocre EA conference, though not quite staying true to the level of quality they offered last year. The good news about the South Park RPG were encouraging, Watch Dogs and Assassin’s Creed IV impressed. The Division was their big announcement, it looked pretty cool, I liked how the HUD was integrated more seamlessly into the game, and the little that we saw already seemed quite polished.

And, in Aisha Tyler, they’ve got the “Sexiest Conference Host of E3” award that I just made up won for sure. 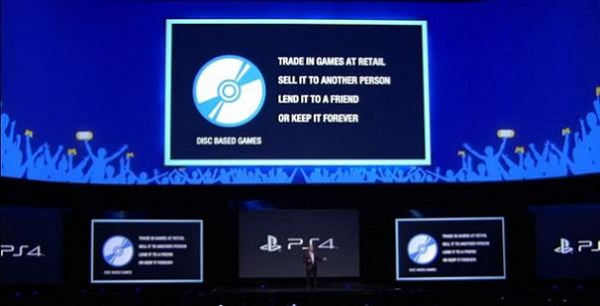 Had to bold two points there… Like Maddox pointed out, it’s kind of sad that the lack of restrictions on used games was such a cause for celebration, but, after the reveal of those “features” on the Xbox One, many people, me included, were quite worried that Sony may impose similar restrictions to gamers. It was a giant relief that they’d let things stay as they are. And the price point makes me think Sony has won the console war already, before it’s even started.

Powerful, yet simple architecture and a lot of third-party support in result, reasonable launch price, no unreasonable restrictions on gamers, the PS4 has got it all to jump ahead of the competition and never look back. Early on, it’ll be selling at a loss for sure, but I think Sony will more than make that up from everything else.

The games shown were also quite impressive. Yes, most of them were multiplatform, but there’s a good reason to believe they’d run better on PS4, as it simply has better specs. And there are unique titles like The Dark Sorcerer that you won’t find elsewhere. And the indies – so many titles coming to PS4. Sony failed to show anything truly compelling for Vita, though – it seems they’ve already given up on that front, and Vita will be most useful as a device to stream some nice PS4 games on. We’ll see how that develops. The Last Guardian was sadly nowhere to be seen. Surely, it’s been moved to PS4 in the meantime, but not even seeing an announcement is a bit worrying.

The other bad news is that PS+ is now required to play online… Considering they knew how pleased everyone would be with the lack of restrictions on used games and the price, they surely thought this wouldn’t be a big deal in deciding with next-gen console to buy, and they’re right. Very clever, if irritating to the average gamer. I don’t play online much personally, so it doesn’t terribly affect me, but, as a matter of principle, it’s lame to pay additionally for that when you’re already paying for your internet.

As mentioned above, Nintendo opted out of holding a conference this time around, doing a Nintendo Direct instead. 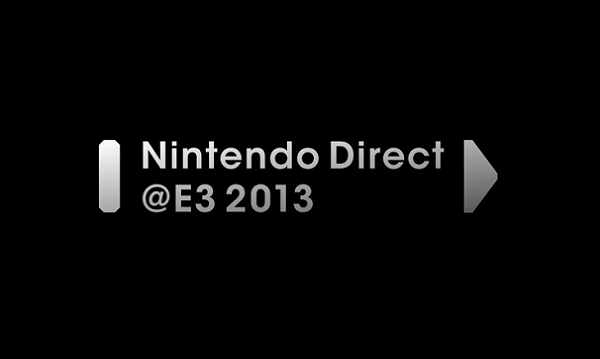 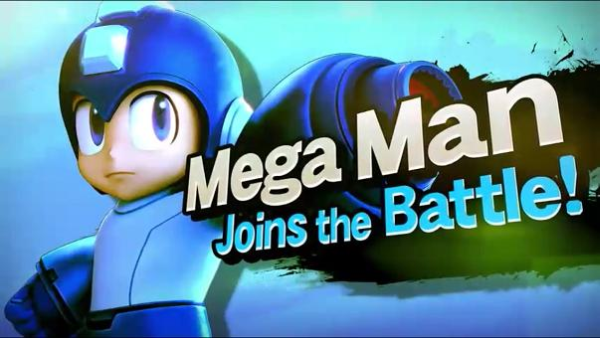 Nintendo know their target audience… And they gave them what they wanted. Completely as I expected, there was absolutely nothing new or exciting from them. Rather, they’re focused on keeping the decreasing ranks of Nintendo fans in line with their first- and second-party stuff. People wanted to see Smash really badly, and they did. Another third-party star in Mega Man will be joining the show.

Bayonetta 2, the new Donkey Kong Country and especially Monolith’s X hold a lot of promise, but are just far too little to convince anyone who’s not a die-hard Nintendo fan to invest in a console with already quite aged specs. Still, considering how badly Microsoft are screwing up with the Xbox One, Wii U could become a secondary console (after the PS4, of course) for many people who can afford one. On the other hand, 3DS will continue to do well, what with the Vita practically being abandoned. The threat there comes from the constantly advancing mobile phones and tablets.

This time, there is a clear winner of E3, and that is Sony. It’s no surprise they’re sweeping the post-E3 polls at many gaming sites. Great price and specs, no new restrictions on used games, awesome first- and third-party software will make the PS4 the best-selling system of this holiday season by far (at least if supply allows). Xbox One can only lose with its $100 bigger price tags for reportedly weaker specs – only adding to the used games woes from before. Nintendo is sticking to its niche fans, Ubisoft impressed, though not as much as last time, and EA had a boring conference with a shining gem in Mirror’s Edge 2.

It’s a rare occasion for a generation to be won before it’s even really started… But Sony have done it. They are already reporting that the insane amount of pre-orders is making them tune up their production plans. Sony really outsmarted Microsoft in the last few months. After patenting a DRM measure that would restrict used games, it seems they lured Microsoft into believing they’d really go ahead with it, which caused them to implement their own solution. However, Sony backed out of this plan, supposedly after listening to the gamers – though maybe it was never the plan in the first place. The price hits even harder, as it’s what’ll determine the more casual purchases – and we know we hardcore types following news are still a minority among all gamers.

This E3 marked Sony’s return to dominance in the console market, and the beginning of Microsoft’s fall. The whole situation has also helped the passive Nintendo, who’ll see some Wii U sales from people who’ll buy a secondary console and don’t want to put up with Microsoft’s crap. Furthermore, I believe Sony have saved console gaming with the PS4. If they’d announced measures similar to Xbox One’s, you can be sure a lot of people who have moved on from consoles and focused on the more and more lucrative PC market with the likes of Steam and GoG (not to mention the upcoming Steambox). Despite everything, Sony have still made a step, albeit not a giant one, towards the restriction of gamers – the PS+ requirement for playing online.