This year’s E3 was spectacularly mediocre, what with many people expecting PS4/Xbox 720 to be unveiled, and they weren’t. Not even Nintendo managed to hype its upcoming Wii U console that well. Nevertheless, a lot of stuff still happened, many new games were shown, and a lot of new information regarding already announced games was revealed. Even if it didn’t meet our expectations, it was still E3… If you’re a gamer, it’s bound to excite you at least a little bit. 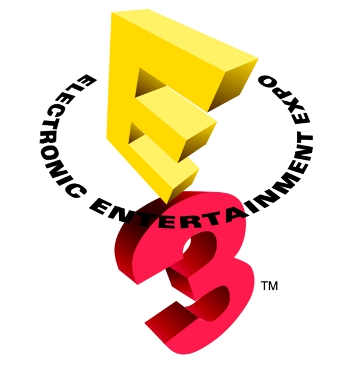 Here’s a summary of the happenings at the five major conferences (Microsoft, EA, Ubisoft, Sony, Nintendo), along with my comments. The items in bold are the biggest announcements each company made in the respective conference. 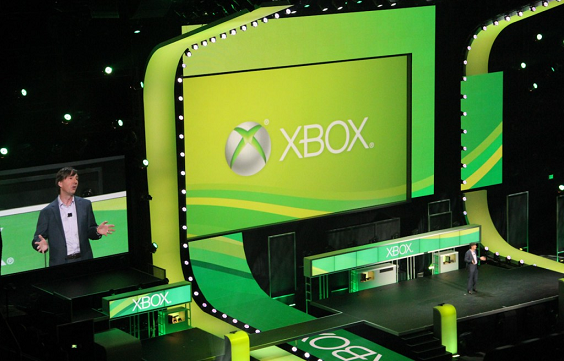 Microsoft paved the way for what E3 would turn out to be with a relatively boring conference, mostly showing off stuff we already knew about. The big revelation was Xbox SmartGlass, Microsoft’s response the Wii U tablet controller, an idea that I think won’t work in the first place. Didn’t stop Microsoft and Sony from copying the Wii remote in a desperate grasp for a piece of the “casual gamers” pie.

Anyway, the newly announced games didn’t sound too bad, Ascend: New Gods obviously having taken a cue from Shadow of the Collosus. It’s also gonna feature some unique Xbox Live/Mobile phone integration, so we’ll see how that works out. Probably something to do with SmartGlass.

The South Park RPG bit was, according to many, the real highlight of the conference – that could turn out to be a solid game, especially for fans of the cartoon, but not only.

Other than that, boring stuff overall, even if the footages shown for Halo 4, Tomb Raider, Resident Evil 6 and Black Ops II were interesting to some extent, with the Tomb Raider one being my favourite. 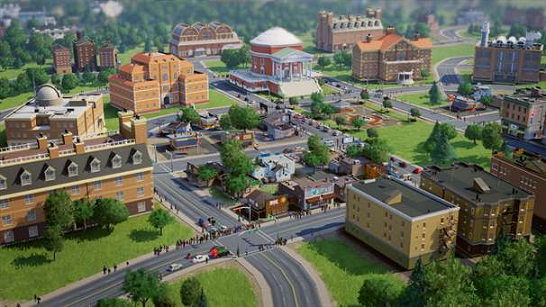 Not a half bad conference, especially considering it not being part of the big three. Nothing particularly stunning, though. Dead Space 3 should be a real treat for those who enjoyed the first two. It’s also cool EA finally got Messi on the cover of a main FIFA title, so far he’d only appeared on the rival series Pro Evolution Soccer’s covers. But he was already on the latest FIFA Street cover.

The new SimCity was perhaps the main highlight, pretty awesome for fans of the series that it’s finally getting another full-fledged installment. I wonder how the multiplayer will work, exactly. I’m not personally a SimCity fan, but I’ll be monitoring how this game turns out. 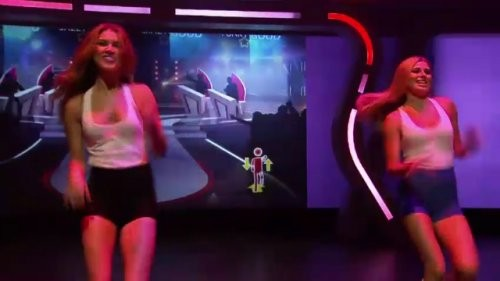 According to many, this was the conference of the whole E3, and it wasn’t even one of the big three. Far Cry 3 (nice sex scene there), Splinter Cell and Assassin’s Creed III looked awesome, but it was Watch Dogs that completely stole the show. The new IP combines elements we’ve seen elsewhere, and seems to do a good rendition of them, but, most of all, the idea of everyone being connected and monitored in a giant network is what sells the game.

Solid support for Wii U, as well, one could say Ubisoft did more to hype Nintendo’s upcoming console at this E3 than Nintendo themselves. But, again, Watch Dogs. One of the most pleasant surprises of E3 2012, and certainly a game to keep on your radar. 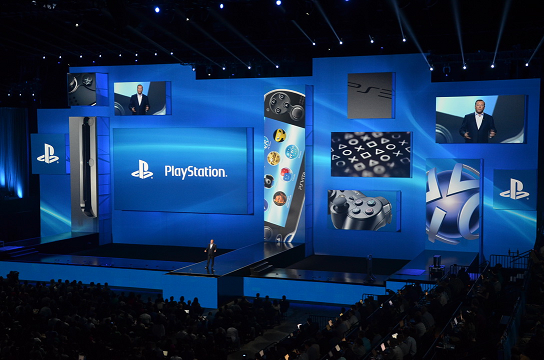 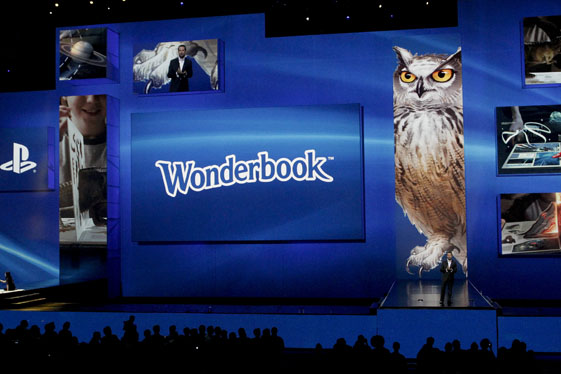 A very well-made presentation by Sony (note how the strongest points were placed in the beginning and at the end), it’s such a shame that the biggest announcement was not even really a game. Beyond: Two Souls looked very impressive, both technically and as a concept, I’m looking forward to that one. I really wonder how they will play out the whole “beyond life” experience. Not a fan of PlayStation Battle Royale, it’s just too much like Smash which is a concept I don’t like much. Give me traditional 2D fighters over that any day. But it’s cool that they’re getting third-party characters in it, hopefully Big Daddy is just one of the small fries in comparison to the ones yet to be revealed (Solid Snake? Jill Valentine? Cloud?).

It’s great they finally got the PSOne Classics working on Vita, but it’s ridiculous how few games they showed for it. Vita was really underrepresented at this E3, I mean, the system just came out earlier this year, it should have been a focus in the absence of a PS4 announcement. It seems Sony’s excuse was that they didn’t want to make the event too long… That’s ridiculous.

Nice Ubisoft goodies were shown. Wonderbook will more than likely be a lame gimmick, Harry Potter supported or not. It’s lame it was the biggest surprise Sony had in store for us at E3. God of War: Ascension looked great, and The Last of Us was amazing – it seems that Naughty Dog will once again solidify their spot as one of the best developers in the world with it. My favourite part of the Sony E3 conference along with Beyond: Two Souls.

Overall, Sony also failed to really impress, Vita should have received a much bigger push. But I’d still say they had the best conference, if only because the others were even more disappointing. 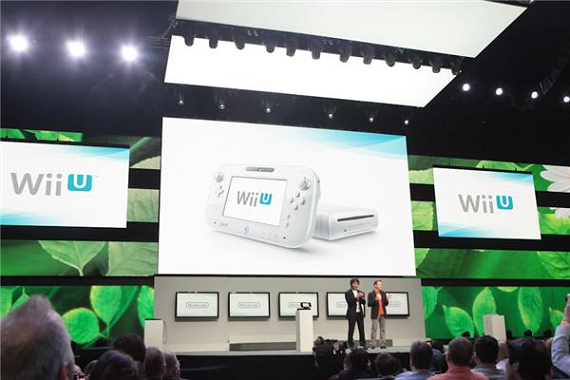 Nintendo showed a lot of games, but came off rather weak, especially with the lame main announcement. Pikmin 3 and LEGO City: Undercover were the most interesting to me, Paper Mario could also be cool if you don’t mind a card-based battle system in your RPGs.

Wii U will get ports of some nice games, but, with them already out on current-generation consoles, they will hardly be system sellers. Zombi U doesn’t look bad, but the whole zombie craze has been getting old for a few years now. I wonder how you’ll pay attention to two screens at the same time, while a pack of zombies are ganging up on you. I smell Red Steel-like failure preceded by great hype with this one.

NintendoLand is really just a bunch of mini-games, hardly something to keep the attention of the hardcore gamer for long. Overall, a disappointing show from Nintendo, too. More huge hit announcements (such as a new Smash game) were expected to hype the upcoming Wii U.

E3 2012 will probably be remembered as one of the weakest ones so far. For the first time, a third-party conference (Ubisoft’s) easily outdid not just one, but two of the main ones. Watch Dogs will probably receive many “Game of E3” awards, too, and for a good reason. Microsoft and Nintendo just fell flat on their faces here, showing little of interest. While Sony had an above average showing, it was still plagued by a lame main announcement in the Wonderbook and a severe lack of Vita software shown.

Overall, I am not happy. Clearly, Sony and Microsoft will wait a while to reveal their next consoles (probably even until next E3). Nintendo will get a comfy safe start of at least a year into the new generation, but that didn’t help Xbox 360 that much the last time around. I’m a bit worried about the tablet intrusion into console gaming, the SmartGlass confirms everyone will try to get a taste of it (Sony might use the Vita for that purpose). Frankly, it’s not a very good idea. Like the Wii remote, it’ll probably have its good uses, but they’ll be very limited and more will be lost than gained in the big picture. At least it’ll likely stay as a side thing for Sony and Microsoft. Nintendo gamers will have to carry the burden of the Wii U-developed games being designed around the tablet.