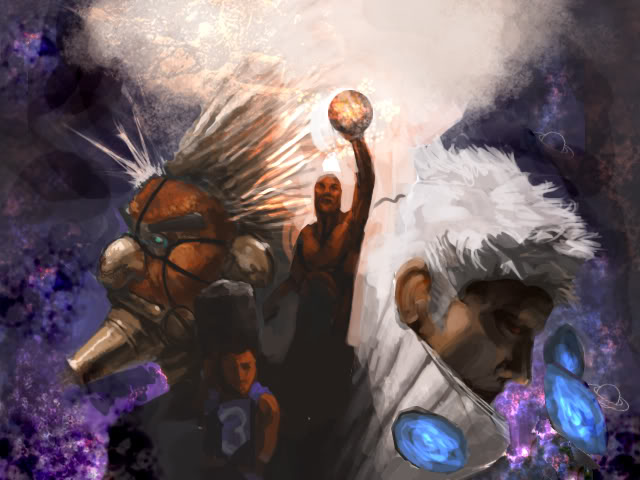 In the recent days, I was extremely excited to find out that Tales of Game’s, the creators of the magnificent PC RPG Barkley: Shut Up and Jam Gaiden, Chapter 1 of the Hoopz Barkley SaGa wanted to work on a sequel. For this purpose, they set up a Kickstarter page, and it’s not only underway, but it exceeded its initial goal of $35,000 in under a day! I must shamefully admit that I haven’t even beaten the first game… I’ve played like an hour of it and postponed it until later times that are apparently yet to come. But it is such a fun concept, the story setting is absolutely brilliant, and it stars the likes of Barkley and Jordan in a cyberpunk world! I highly recommend it, furthermore, it’s free! Visit the above link to download it.

And, if you’ve got some money to support the Kickstarter for the sequel, please do so. It has reached its initial goal, but the developers said that the more money they raise, the more time they’ll put into the project and the more ideas they’ll be able to realise. I’m sure that even just reading the Kickstarter page will assure you that we’re talking guys with very good sense of humour here.