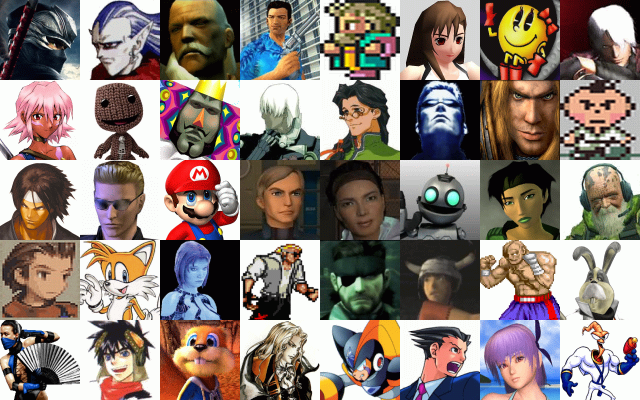 A few years ago, some time before Between Life and Games was created, I made a little game character quiz on Sporcle, ambitiously named “The True Gamer Quiz”. I’m still rather proud of it, as it includes characters from various platforms and genres, and, if one manages to solve it fully, one can truly call oneself a knowledgable gamer. It’s a well-known fact that most gamers stick to a handful of genres and platforms, so it’d be incredibly impressive to know all these characters.

And feel free to drop a comment and let us know how you did!

And, when you’re done, you could try the sequel, too (nobody’s managed to fully solve it yet): http://www.sporcle.com/games/Vlado/true_gamer_quiz_2