I’ve been skeptical about Metal Gear Rising: Revengeance ever since it was first announced. It was clear that it would be a departure from the Metal Gear (Solid) formula, that it would be an action game about Ninja Raiden cutting people up in Ninja Gaiden style, rather than a Metal Gear game that focuses on stealth. They even changed the name itself from Metal Gear Solid: Rising to Metal Gear Rising: Revengeance – the Solid part disappeared altogether because Kojima wanted to deliver a message to fans – this is NOT a Metal Gear Solid game in anything but the setting and some characters.

After the project was handed over to PlatinumGames, the studio that’s now home to Shinji Mikami, Resident Evil creator, and Hideki Kamiya, director of Devil May Cry and Okami, as well as others from the former Capcom Clover staff, a studio that has already made a name for itself in the action genre (they’re the makers of well-received games like Bayonetta and Vanquish), it was clear that the goal was to create a solid action game in the Metal Gear universe with the new, badass Raiden as the star – nothing more, nothing less.

And, when I received the Zone of the Enders HD collection last week, it was more than clear that the first content I’d tackle would be the Metal Gear Rising: Revengeance demo included on the disc. 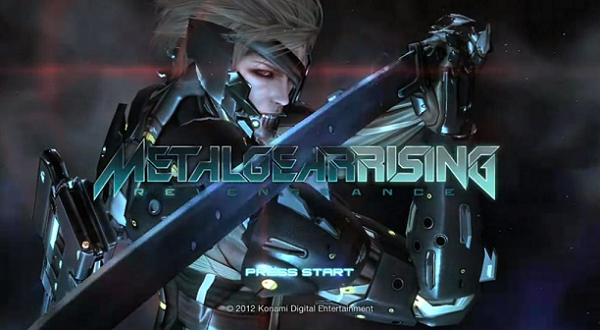 The demo sticks to the standard in terms of length – you play up to the first boss, and it ends after you defeat him. From the very beginning, it’s clear that, despite being an action game, Metal Gear Rising will have a considerable focus on story. It actually takes place AFTER the events of Guns of the Patriots – I did expect to play through Raiden’s adventures while he’s trying to save Sunny from the Patriots, between the events of Sons of Liberty and Guns of the Patriots. Raiden is part of a PMC (private military company) called Maverick, and he goes to a small autonomous country called Abkhazia, located within Georgia, where a military coup has been performed with a great aid from Desperado, another PMC that assassinated an African leader Raiden had to guard on his previous mission. 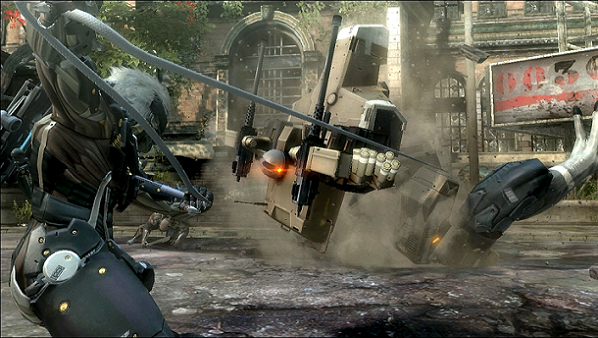 And from there, the action begins. Raiden is an extremely powerful cyborg, dispatching other cyborgs in close-range combat with ease. It’s only the Gekkos, well-known from Metal Gear Solid 4, that can create real trouble for him. The rocket launcher-armed cyborgs are also a threat until you get close to them. And, once you get the hang of it, you’ll be able to dispatch even Gekkos with relative ease. Those are the two types of enemies that game will throw at you in the demo, if we don’t count the boss. The boss is extremely powerful, but, once you stock up a good number of healing items and learn how to block his attacks, he’s beatable. 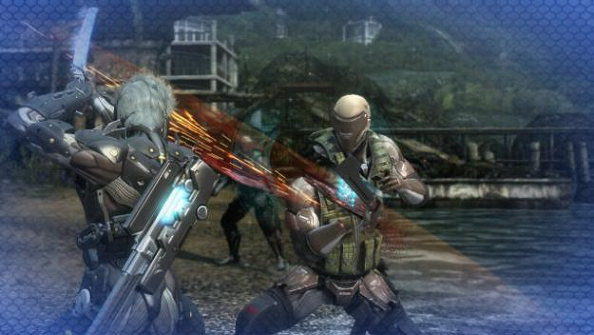 Raiden’s arsenal consists of his trusty HF Blade… and that’s it. You can take a rocket launcher as a secondary weapon and use it, but it’s really an unimportant sidearm. Raiden is extremely fast with the blade, you can enter a “blade time” mode where you use the two sticks to determine the direction of the slices, and you can slice and dice with your blade very quickly in that window, while time around you is slowed down. You can practice blade time even before the demo begins, in a short tutorial room. Aside from that, there is the normal slashing attack with the Square button, and the blade kick attack with the Triangle. You jump with X, while Circle is the action button. As you cut up a cyborg, you can grab onto their artificial spine in a Mortal Kombat fatality-like fashion and use it to restore your health, which often reduces regular enemies to “vending machines,” as Raiden himself would put it. 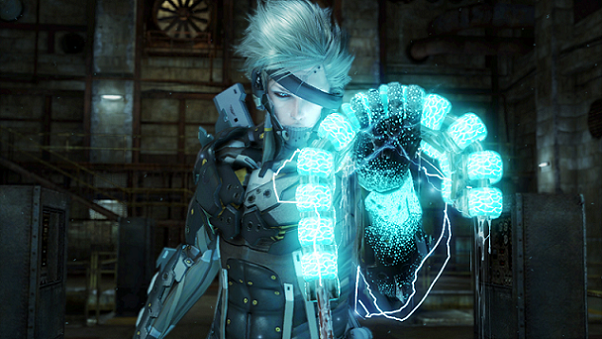 Select opens up the Codec, and you can have lengthy conversations with your sidekicks from Maverick – Boris, a Russian and the leader of the group, Kevin, a black guy specialising in just about every non-military activity of Maverick, and Courtney, the girl you’ll be calling to save your game, and Kevin’s helper. All three of them seem like interesting character, especially Boris with his rich military past. There are quite a few conversations to be had with them, even just in this short demo. The fourth person you can call is Herr Doktor (Kojima shows his affection towards plain-sounding nicknames again), a German scientist from the former DDR, who gave Raiden his new cyborg body. While working with Maverick, he’s not listed as member of the group in the codec. A neat feature is that, just like in the Metal Gear games, you can call up your partners on the codec during a boss fight and receive precious advice that’ll help you win it. 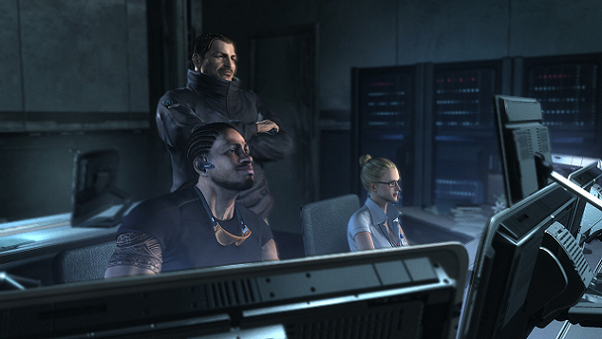 I’m not a big fan of action games, so, as much as I love Metal Gear, I can’t recommend paying $60 for this game without then suffering from guilty conscience. If you are really into the genre, though, I think it’ll be fully worth full price. PlatinumGames know what they’re doing, the demo already shows that there will be considerable difficulty, as mindless button mashing is sometimes punished even by the weakest of foes – you generally need to have an idea how to fight the enemy in order to beat him. Still, after this demo, I’d be willing to pay as much as $40 for this game without a second thought. Therefore, I recommend jumping on it at the first price drop.

RECOMMENDATION: WAIT FOR A PRICE DROP (UNLESS YOU’RE AN ACTION GAME FAN)