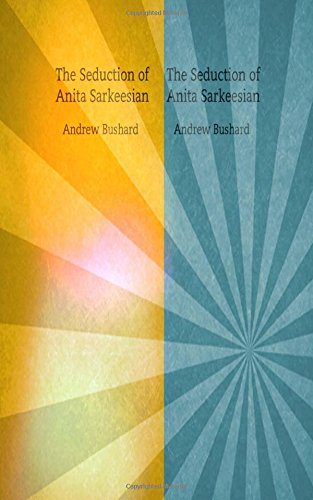 I was recently asked by an up-and-coming author, Andrew Bushard, to review an Amazon-listed book of his. Since the subject was rather interesting and gaming-related, I accepted. I thought “The Seduction of Anita Sarkeesian” was obviously going to be gamer (fan)fiction about a woman who’s done much to antagonise gamers everywhere, but hey, books from any genre have the potential to be good, right? Well, sure…

The book started with a premise and overall theme that could work. But the author just couldn’t manage to make the story engaging. As I was reading through it, I kept waiting for the good stuff to come, but alas, it was not to be. The one novel concept quickly becomes boring, the presentation grows repetitive, and the writing style simply leaves a lot to be desired… Andrew did well in initial engagement via the book’s subject and premise, but then things decidedly lacked intrigue, and couldn’t keep me hooked.

Disclosure: I was provided a copy of the book by the author himself. 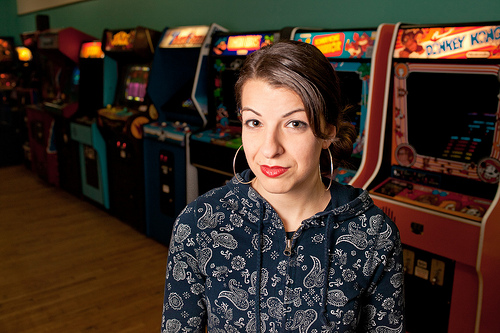 When summed up, the story actually sounds relatively fun. As Anita Sarkeesian carries on with her daily life on her feminist anti-gamer crusade, she slowly begins realising that something is lacking in her life. Exploring her innermost thoughts and desires, she eventually finds out that she’s not happy with the life she leads, and she needs change. Soon, she happens to come across the person who can help her improve things… And that is free speech “maverick” Frelsun (which is actually the Icelandic word for “liberation”). After several online exchanges, the two meet, and the rest is history. Even the most famous person from Anita’s team, Jonathan McIntosh has a place in the story, particularly in some of the funnier moments.

Even if it’s fantasy, the story of a free speech hero seducing Anita Sarkeesian and helping her change her ways certainly has the potential to work, if told well. Not in this book, though. Unfortunately, things just happen and that’s it, while in good books, they happen for a reason, and characters have motives and ambitions that make those things happen. The author needs to improve this in his future works.

At 106 pages, the book doesn’t require a very big time investment, you could easily read it in a day. It’s quite questionable if you would gain much from it, though… I know I didn’t. Still, it is a somewhat interesting experiment, particularly in the way the chapters flow. Each chapter is told in first person, either from Anita or Frelsun’s perspective. They talk about their experiences and emotions as the story goes along. There are also some hilarious lines that will make you chuckle – even if I’m not sure how intentional the humour is most of the time.

The big problem Andrew has in the writing of this book is that he fails to “hook” the reader because things flow too mechanically, the characters act like robots rather than humans. For instance, Anita simply decides she needs change, there isn’t a big event that triggers such a realisation. Nor is there an outside force gradually chipping away at her confidence in her way of life. It just happens. Similarly, when getting together with Frelsun, things just magically work between them, there are no bumps on the road… By adding a bit of intrigue, the author could have achieved so much more with this story.

If you really want to read fanfiction about Anita by somebody who’s clearly infatuated with her, knock yourself out. But, aside from that and a few hilarious quotes, I can’t say you’ll get anything more from this book. While his heart is in the right place with the strong pro-free speech sentiment, I hope the author can also work on his style and improve in the future, because he clearly had some good ideas, he just lacked the means to execute them well.