Recently, Square Enix registered the FinalFantasyVIIPC.com domain, so we knew they were up to something. Today, thanks to Google’s cache, we have found out what. The PC version of the RPG classic is coming to Steam! 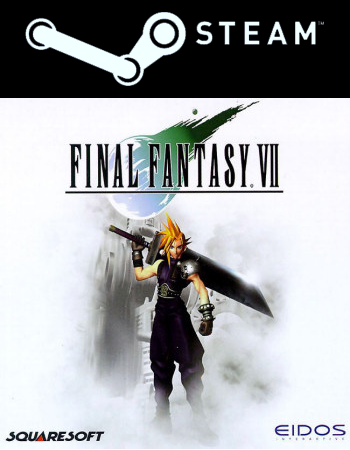 The Steam version will apparently sport:

No release date yet, but we should hear about that soon enough!

The page is password-protected now, but just click “Cancel” a few times and the text on the page will load. While nothing about Steam is explicitly mentioned, the fact that there are achievements and cloud saving, coupled with Square Enix already using Steam when selling downloadable PC game copies on its site, leaves little room for doubt.

I have to say I’m excited about this. It’ll be quite comfortable to have Final Fantasy VII on Steam, and I’ll get it for sure! I’m positive they’ll have patched the game to run without any problems on new operating systems, and they might’ve given it a small visual update (higher resolution would be nice). Who knows, they might’ve even worked the PlayStation-quality music into this version as opposed to the MIDIs!

I’m really happy that so many people among the PC crowd who have never had the chance to play this amazing game will finally get one. While it did come out on PC back in 1998, it wasn’t so easy to get running even on Windows XP, let alone Vista or 7. So I’m sure that the Steam version will be, for many people, the first time they experience Final Fantasy VII. As long as the early 3D graphics are not a huge problem for them, I am sure that most will be awed.