Recently, pretty big rumours have surfaced regarding Nintendo’s upcoming Wii U console from a Ubisoft developer in Italy. Surely, we’ll get a lot of actually factual information in just a couple of weeks at E3, but why not speculate today, too? 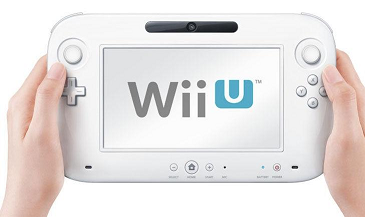 Most of this is very interesting. I highly doubt Nintendo will go for anything above $350 for the price. With the word out already that Wii U will not be THAT much of an improvement over the other two, a $400 price tag would be a certain recipe for a slow start, unless they manage to convince everyone that Wii U is truly full-fledged next-gen at E3.

The hardware cited is impressive, certainly a considerable step above PS3/360. Still nothing that beats top-of-the-line PCs or even comes close, but it would raise the odds for Sony and Microsoft to beat if they want to dominate the next generation in terms of hardware. The second touch-screen controller also sounds pretty good, but I wonder about its price.

Achievements and an online service corresponding to contemporary standards are a must, and it’s wise of Nintendo to include them. Getting Valve to work on the latter means they really want to get it right this time – quite an evolution from Iwata’s infamous “gamers don’t want online” quote from 2004.

While it’s not likely I’ll buy a Wii U myself (unless Sony and Microsoft actually go ahead and ban used games from their systems), I’m very interested in how it will turn out. It will set the bar for PS4 and the next Xbox, and I’m sure that setting it high enough will be to gamers’ benefit at the end.