I had been looking forward to this game for a while now, ever since talk of a new Metal Gear started. It was necessary to fill the chronological gap between Peace Walker and the original Metal Gear, furthermore, Peace Walker itself made it pretty clear things would not end there. We’d need to know what happened to Big Boss that led to Outer Heaven. And Ground Zeroes was to be the first part of all that. A prologue to The Phantom Pain – similar to the Tanker part of Metal Gear Solid 2: Sons of Liberty. A showcase of the Fox Engine. A mere hint of what was to come in The Phantom Pain, the full game. It never claimed it would be anything more. And yet, people complained… 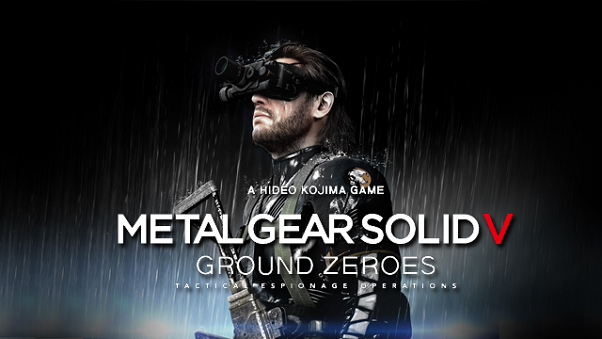 For what it is, Ground Zeroes is quite excellent. It’s simply the bridge between Peace Walker and The Phantom Pain – the story is short, and simply tells of the incident that leads to The Phantom Pain. The main story can be cleared in about two hours by a first-time player, and in much less time when you know what you need to do. Ground Zeroes offers classic Metal Gear action – the focus is, as usual, on stealth, but you’re free to also attack the enemies, if you see fit. And yes, the main story is indeed quite short, but the game’s true strength lies in the extra missions offered once you clear the main one. Can Ground Zeroes be called a “cash grab”? Yes… But fans will love it nonetheless. 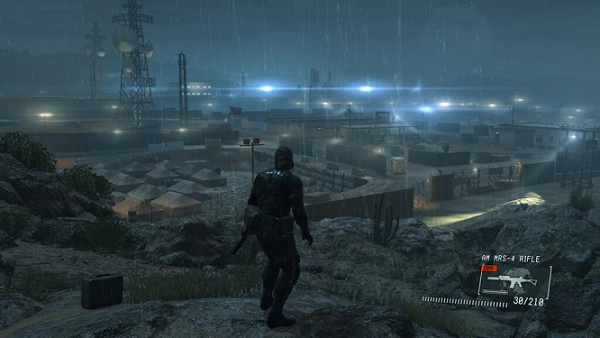 Snake needs to save Chico and Paz, who are imprisoned in a US black site in Cuba. Clearly, the prison camp is reference to Guantanamo Bay. Paz was captured and taken to the camp, and Chico, hopelessly in love with her, went to save her all by himself, resulting in his expected failure and capture. Fortunately, he managed to contact Big Boss and Kaz, and ask for a rescue. So Snake was to save him in yet another one-man infiltration mission, while, in the meantime, Mother Base was to be inspected by the IAEA. In his absence, Kaz and Huey would take care to hide Metal Gear Zeke and erase suspicions towards Big Boss’ Militaires Sans Frontières organisation. 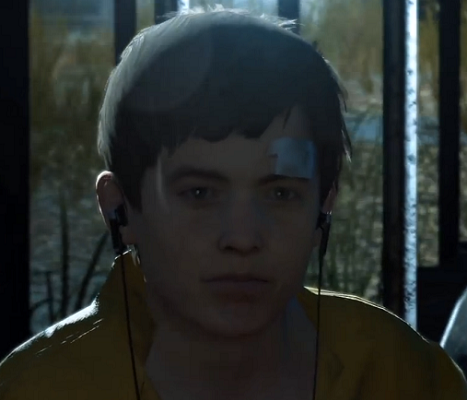 The story is pretty simple and clear, and the twist comes at the end, after you clear the mission. If one’s seen trailers for The Phantom Pain, the twist will not come as a surprise at all… But since Kojima chose to release information on The Phantom Pain already well before Ground Zeroes saw release, that couldn’t be avoided. A lot of further background can be gained from listening to cassette tapes in the menu – I especially recommend Paz’ diary.

In Ground Zeroes, we meet the familiar faces from Peace Walker – the fearless leader of MSF, Big Boss, his right-hand man Kazuhira Miller, the scientist Huey Emmerich (Otacon’s father), Paz and Chico. There is also a new, intriguing character making an appearance already in the intro – Skull Face, the mysterious leader of XOF. What is XOF? Their emblem is a fully inverted FOX emblem… Does that mean they stand for the exact opposite that FOX do? And why does Big Boss wear a FOX emblem on his right shoulder along with the MSF one on the left? These are questions that arise already at the start screen and intro of Ground Zeroes… 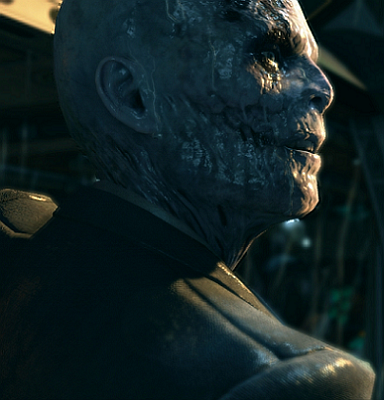 Skull Face’s name comes from his disfigured face – he has survived a terrible fire, but only barely… Ground Zeroes gives us some background about him, too, again only if you obtain certain cassette tapes. But the mystery is never fully revealed and I suppose we’ll only learn everything about him in The Phantom Pain. Still, even this single new notable character already gives us a taste of what’s to come – Kojima will stick to his typical excellence in crafting intriguing story and characters.

One would think that the use of a completely new engine – the much-advertised Fox Engine, to build the gameplay of Ground Zeroes with, would lead to significant changes to the classic Metal Gear gameplay we’re so used to by now. But that’s not the case at all – a player who’s experienced with the series will not have any difficulties and everything will feel natural. Snake has his typical arsenal of moves at his disposal – crouching, going down in a prone position and crawling, rolling on the ground (although that’s just a big hard to execute), his CQC bare-handed moves, and, of course, firing the multitude of weapons available.

You can catch and interrogate enemy soldiers or knock them out, you can climb boxes and buildings, you can hang from rails, you can use objects around you, such as searchlights, and, in a nice new twist, you can get into and drive vehicles – jeeps, trucks, and even tanks! As usual, there are lethal and non-lethal weapons, you are free to do a no-kill run, and you’re even rewarded with a higher score if you do so. Yes, the game features scores and a ranking (from D to S) of your performance once you clear a mission. One truly new feature that Metal Gear veterans may not like is “reflex mode” – when a soldier notices Snake, he has a 2-3-second window in which time is slowed and the soldier can be neutralised, thus preventing his buddies going into alert status because he was unable to warn them. The good news is that “reflex mode” can be switched off.

Sadly, there are no boss battles, and this is the one big thing Ground Zeroes is lacking… But at least there are several other missions available once you clear the main one, with two of them being typical fan service – one a real treat that probably every fan will go nuts over, and the other a PS3/PS4-exclusive Déjà Vu mission, where Big Boss gets to recreate scenes from the first 3D Metal Gear game, PlayStation’s Metal Gear Solid. You can only unlock that one by collecting all the XOF patches spread around Camp Omega as shown in the intro. For doing that, you’ll definitely need a guide… Or a lot of patience in studying the whole camp. I’m not ashamed to admit  I used a guide. One more thing – Camp Omega is the only “map” available in Ground Zeroes – all the missions, main and extra ones, take place there, there are no further locations.

AWESOME EVEN ON PS3 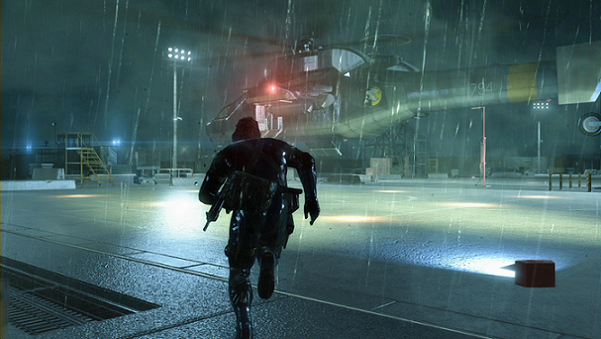 Ground Zeroes looks pretty awesome even on PS3 – the platform I played it on. Character models are nice, Big Boss and Kaz look even more awesome than usual, even regular soldiers are visibly different from one another (though not super detailed). Yes, it’s sharper on PS4 and runs at 60 FPS vs. 30 on PS3… I suspect they even tried to make it look less impressive by having draw distance of things like grass be a bit too close, so you can see grass “growing” out of the ground when you get closer… There’s gotta be incentive to buy a PS4, right? I sure hope they don’t make The Phantom Pain PS4/Xbox One-exclusive… That would probably force me to buy a PS4 and then leave it to collect dust once I’m done with the game. Kojima had better keep his promise that it’ll come out on PS3, too. 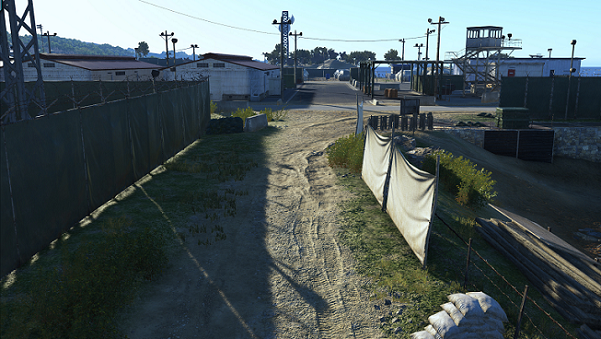 As far as music goes, Ground Zeroes obviously doesn’t have a soundtrack as comprehensive as a full Metal Gear game, but there is still some neat atmospheric music, as one would expect from Harry Gregson-Williams. Like in MGS4, I quite like the motif they’ve chosen for the PS3 XMB screen before you launch the game… The song I’ve chosen is called “Escape” and contains that motif in its beginning.

Another thing – David Hayter no longer voices Snake. It’s been one of the bigger topics of conversation ever since it was announced. A much more famous actor in Kiefer Sutherland is now the voice of Big Boss… Is David Hayter really gone? Hardly, I say! As Big Boss and Solid Snake will have an encounter soon enough (probably already in The Phantom Pain!), obviously, they couldn’t have the same voice actor! Yes, Hayter posted some very bitter messages in Twitter about no longer being the voice of Snake, but I firmly believe this is just typical Kojima-style camouflage! As far as Ground Zeroes goes, Kiefer Sutherland seems a good fit for Big Boss. But he doesn’t have enough lines for me to be completely sure.

A TASTE OF WHAT’S TO COME

Ground Zeroes is just a prologue, but it shows promise. Given everything Ground Zeroes offers in its mere 2-hour main story, The Phantom Pain should be one of the best games to date. My expectations are set pretty high now… Is Ground Zeroes worth $30? If you’re a fan of the series, absolutely… If you’re not, then maybe not quite. Though keep in mind the digital version is just $20, which is only $5 more than some even shorter and much less exciting games… With the extra content in mind on top of the main mission, the price is acceptable. In essence, Kojima makes a big promise with Ground Zeroes – that the Fox Engine will deliver the ultimate Metal Gear experience. And, based on what I saw, I’m inclined to believe him.